In this post I described how a bird that ticked most of the plumage boxes for a siberian chiffchaff threw us a curve ball by making some rather untristis noises - and I finished by suggesting that it would be great to get some more recordings. It's far from being the first time that tristis looking birds have made unusual calls - there is plenty to read about it here and here, for example

Well, fortunately for me, an excellent opportunity came along.

There have been several chiffchaffs on my local patch this winter (perhaps 7 all together - a remarkable number of wintering birds for a scottish site) and a local ringer expressed an interest in doing a study to see how long they lingered on their wintering grounds and ultimately, whether any remained to hold territory. I knew that some of these birds looked like tristis and some of them sounded like tristis, so this presented me with an opportunity to have a look at some of these birds in the hand, record any noises they made, and ultimately to be able to link calls with plumage types.

After an excellent first session during which 5 different birds were caught, we were delighted to get an unringed bird in the nets almost immediately on our second session. 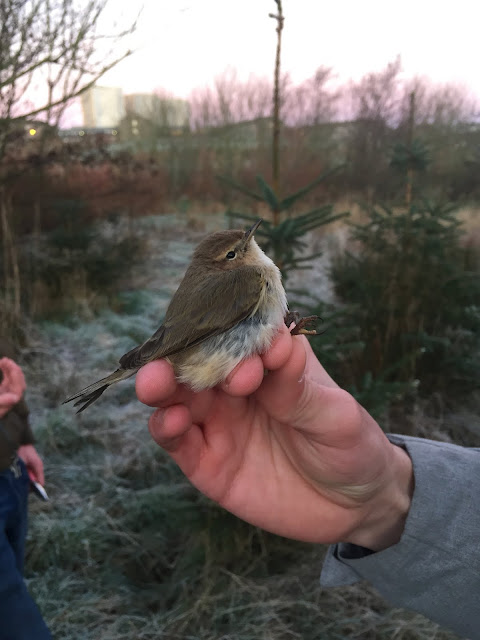 Plumage wise it was a bit of a puzzler, appearing quite dark and olive but with nice whitish underparts, dark bare parts, decent super and reduced impact eye-ring. I suspect that in better light it would have looked paler - this picture was taken pretty much at first light, and I reckon that a certain coldness can still be detected in the mantle - still, it's a confusingly green looking bird! While we admired it and puzzled over it's origins it began to call... 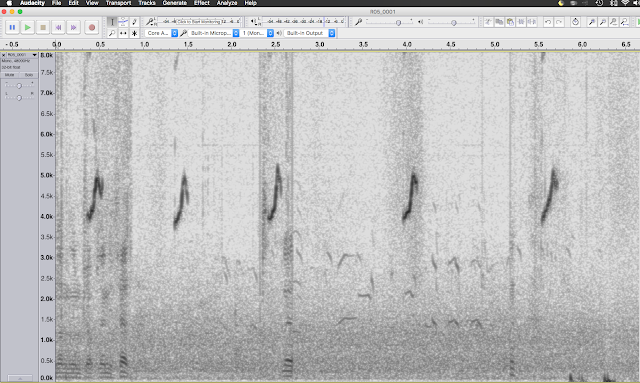 While it could basically be described as sounding like 'hweet', there are obvious differences between it and the standard collybita call. The differences can be seen on the sonogram in the prior post linked at the top of this one, but there are audible differences too. You can hear the call here: 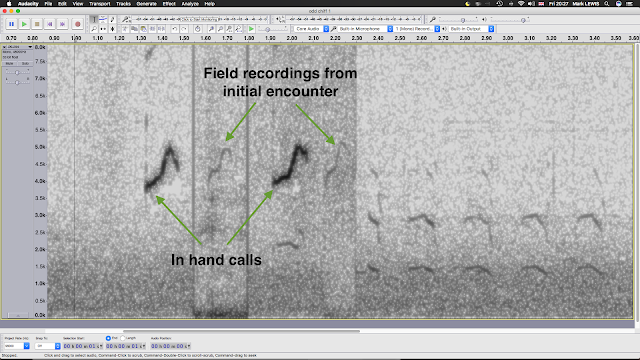 This call was the only one given while the bird was in the hand, and I was cautious that it might not be doing its 'normal' call under the duress of being handled. We had the initial (awful) recordings of course, but it was nice to get more confirmation that this was a call that was regularly being used. Below is a recording made in the field of a chiffchaff that despite being seen briefly, looked pretty good for a tristis. Unfortunately I didn't get to see whether it was ringed or not. 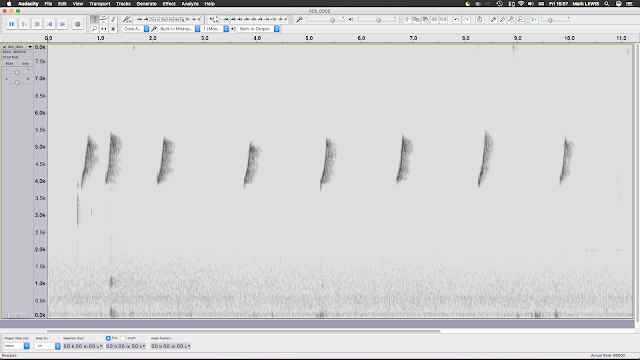 Below, some of the calls above can be seen in comparison with the in-hand calls and those from the initial encounter, and the field recording can be heard here: 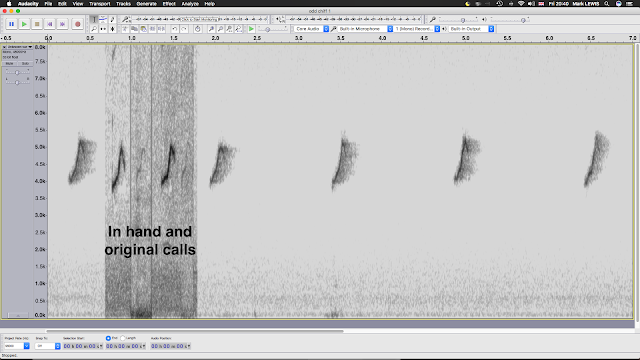 Unfortunately on this occasion the bird did not shed any feathers. Luckily though it did on a later date so hopefully we will be able to get a genetic confirmation of what this bird is. Personally I have no idea but I guess I'd be a little surprised if it didn't come back from the lab as a tristis. Whatever it comes back as, it'll hopefully go some way towards answering the general confusion over what these variant calling birds are.


I'd welcome any feedback on this birds appearance or any other encounters with chiffs that call like this.
Posted by Mark at 10:01