Here I’m using a sonogram generated from a recording of a Siberian chiffchaff that I made with my iPhone. I’d left my recording kit at home as it was raining. It’s always the way…you find something interesting when you’re least prepared for it! Note how much darker the sonogram appear than in previous examples. I don’t know why for sure, but I suspect that this is because the mic is picking up more noise - not because it is more sensitive, but because it is not directional, so as well as the bird noise that you are trying to record, it’s also picking up background noise from all directions. 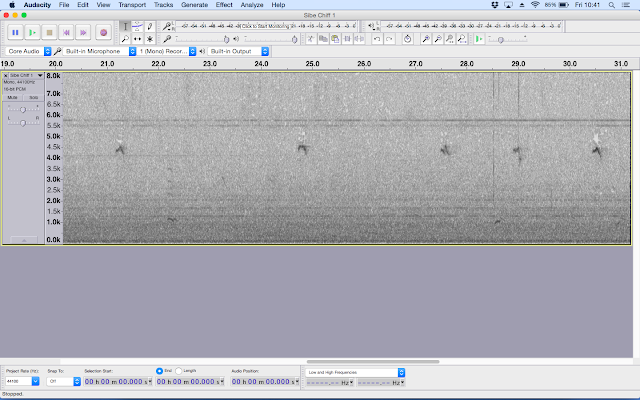 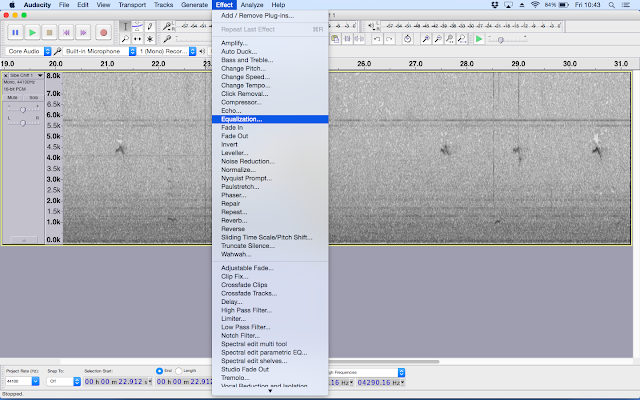 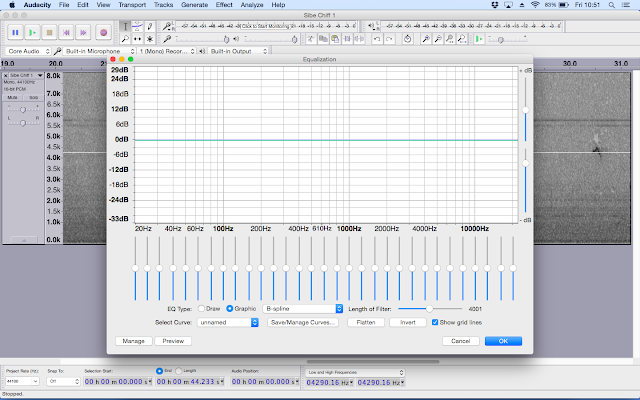 Before you do anything else, make sure you know roughly what frequencies you want to keep/enhance. Open up the Equalisation tool and select the radial button for ‘Graphic’ towards the bottom of the window, so that it looks like the picture below. Do you remember when they made Walkmans better by adding a graphic equaliser? Well this is exactly the same, but a little more sophisticated than just allowing you to adjust the bass and the treble etc. If the blue line does not cross the graph at 0 decibels just press ‘Flatten’ to reset it.

You’ll see that there are a series of sliding scales at the bottom the window that relate to different frequencies (hover the cursor over the button and it will tell you its frequency). It’s now simply a case of decreasing the decibels for the sounds you don't want, and increasing the decibels for the ones you do. The effect this will have on your sonogram will be to make it darker (i.e. more noise) where you have increased the decibels, and paler where you’ve decreased them. Here, I want to keep, or maybe even enhance the area around 5 khz, but reduce the rest. Your sonogram should look something like the picture below. 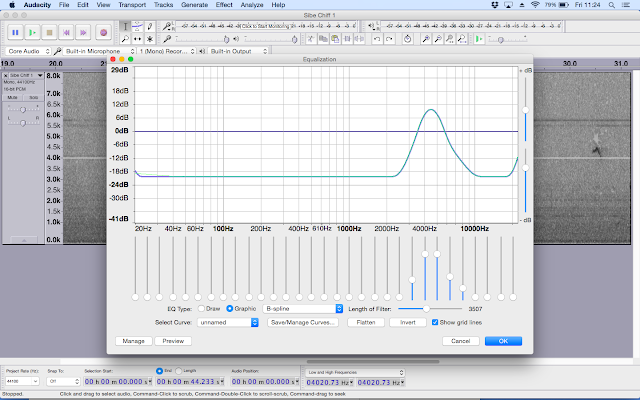 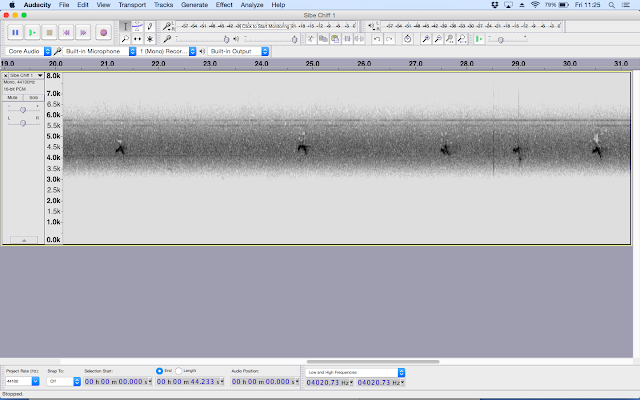 Now, if you like you can further refine your equalisation by be being a lot more precise in reducing the decibels close to the ones you want to keep (you can see from the graph in one of the images above that I chose quite a bit of leeway around my pretty narrow window of interest of between 4.1 and 4.7 khz).


Alternatively, you can go back to some of the other ways of noise reduction that we’ve looked at already. Here, I used the ‘Noise reduction’ tool from the ‘Effects’ menu to clear up some more unwanted noise. 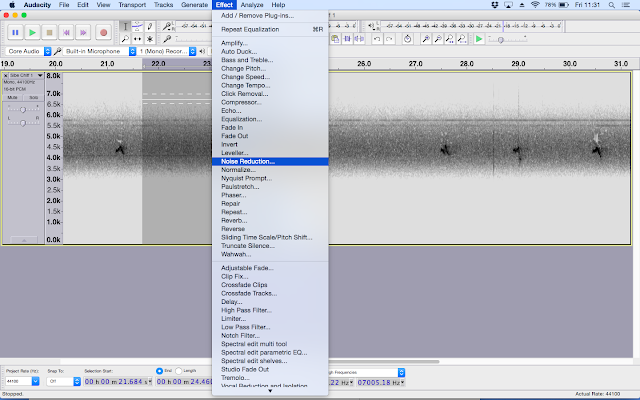 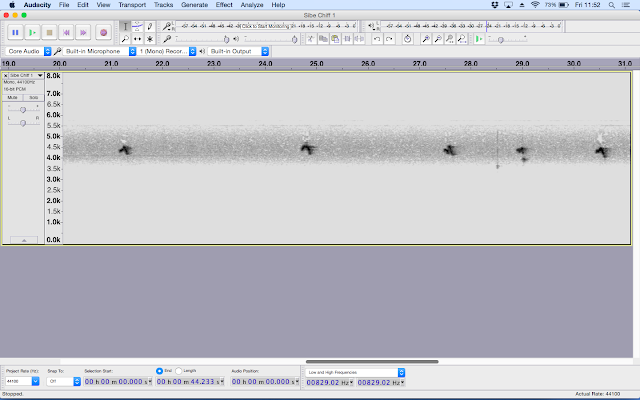 What we’re left with is a much cleaner recording, but some slightly ‘fuzzy’ looking Sibe chif calls! You can take some of this fuzziness away by going back into the Equalisation tool and reducing the ‘peaks’ you’ve set on the graph, like I’ve done in the picture below. Run this twice and you’ll end up with a nice clean looking sonogram! it will play quietly when you listen to it but you can increase the volume by turning up the ‘gain’ in the box to the left of your sonogram. 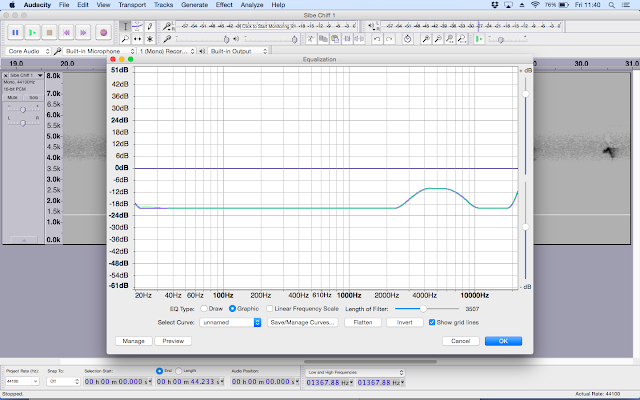 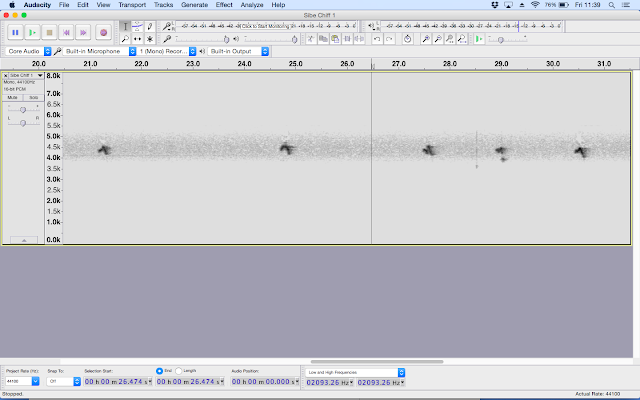